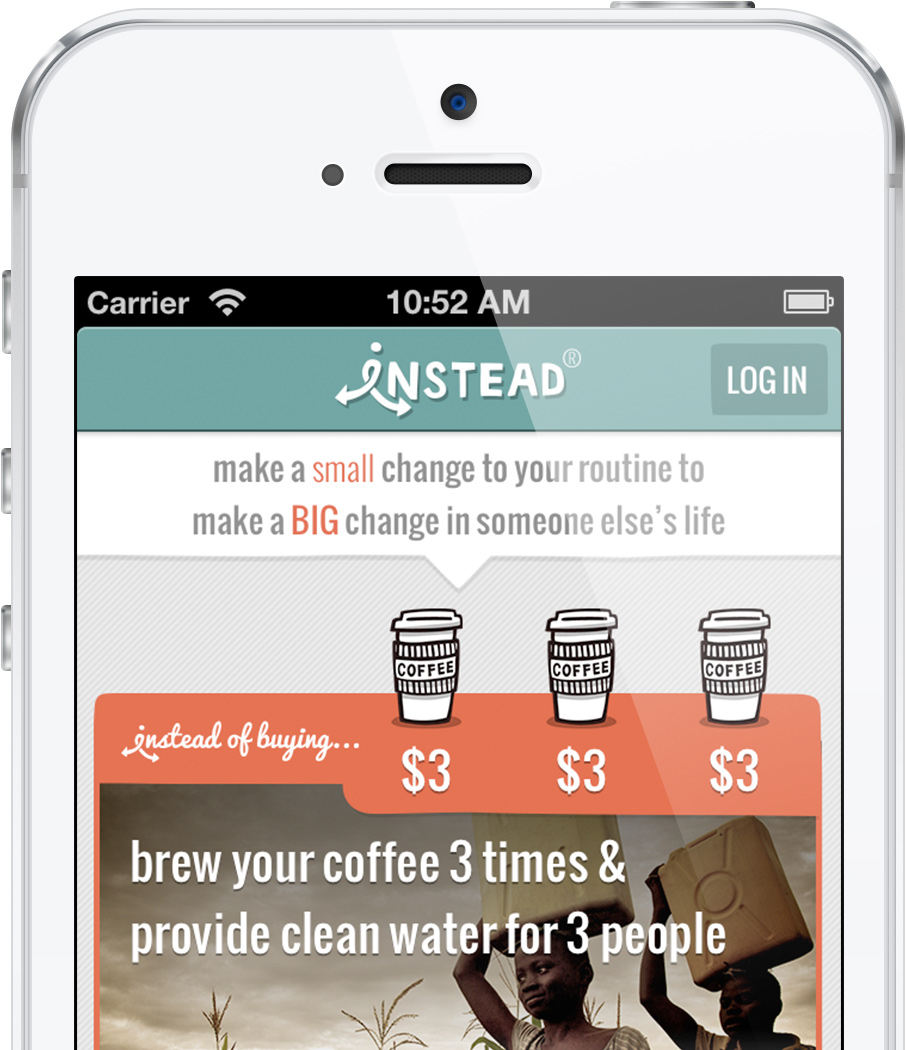 Yeah we know, what the world doesn’t need is another app, BUT then there are those few that come around a change the game, and Instead is one of those apps.

“Instead of eating at the Cheesecake Factory, how about eating at Chipotle and giving the difference?” Davis suggests. “Or, instead of going to the movies, use Redbox, and give the difference.”